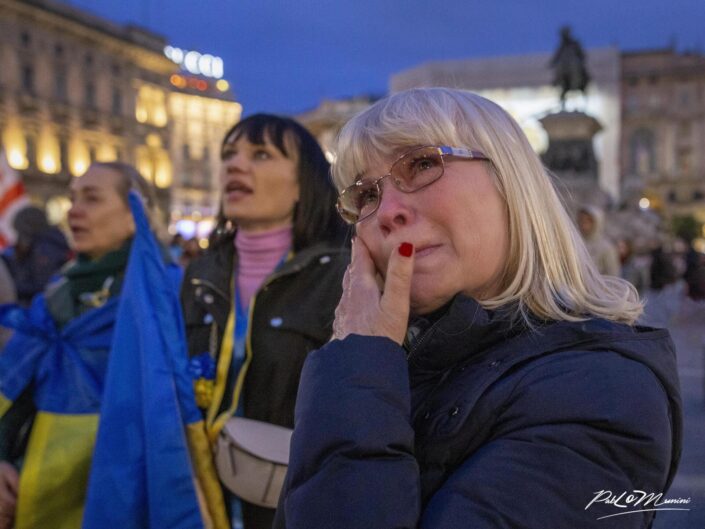 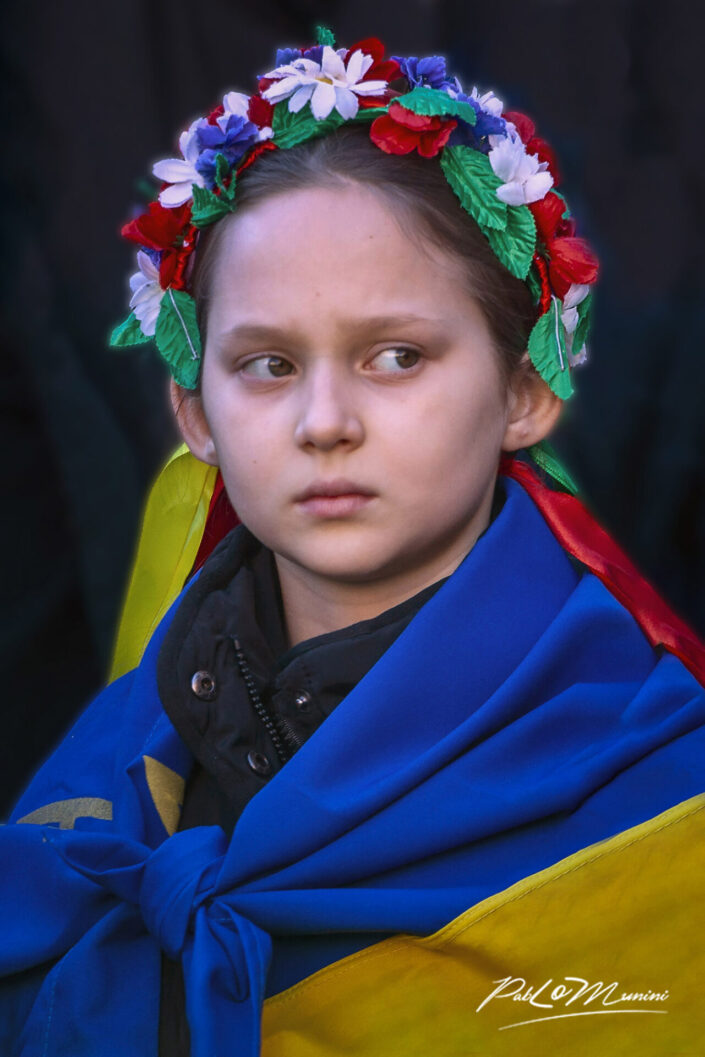 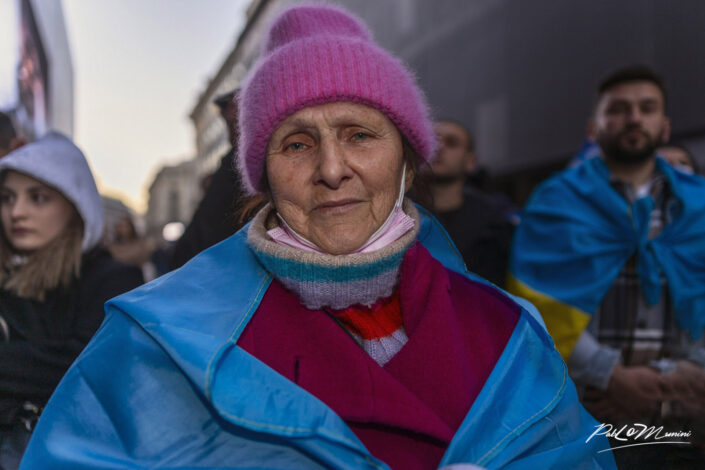 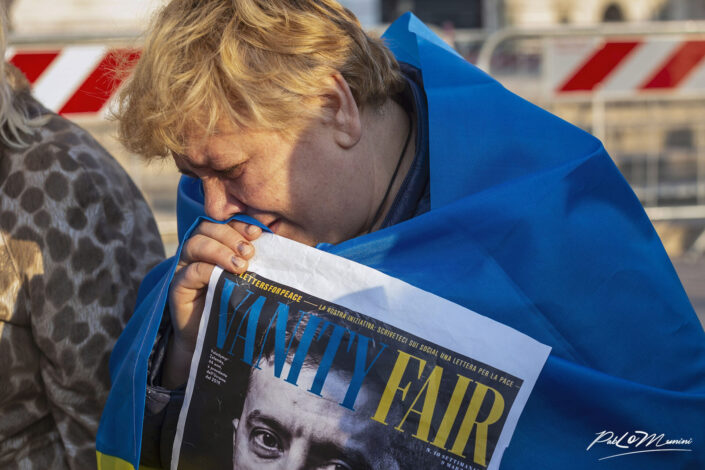 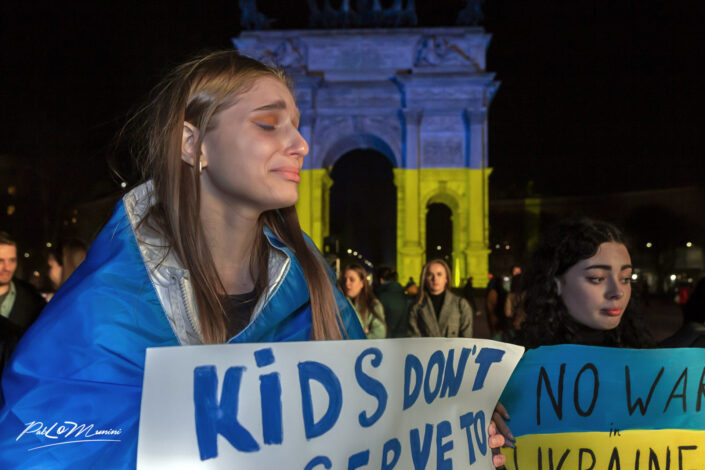 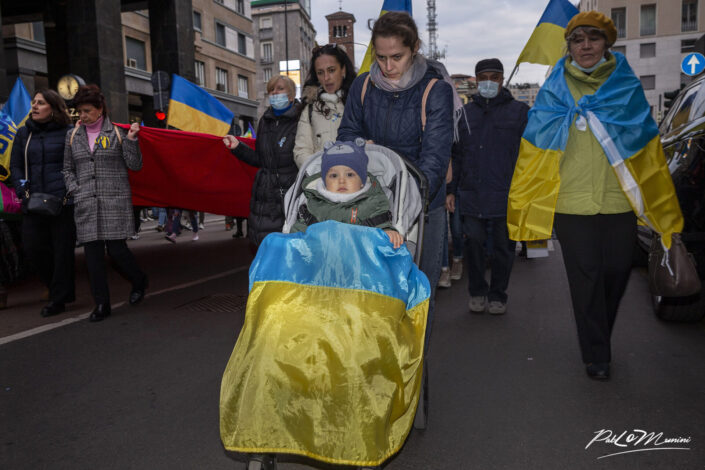 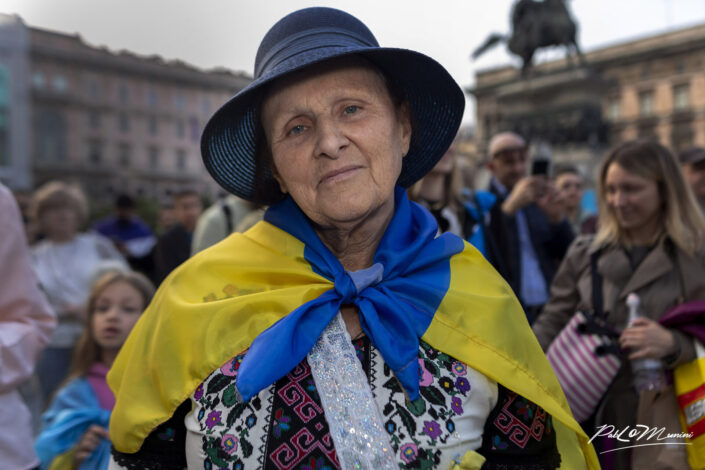 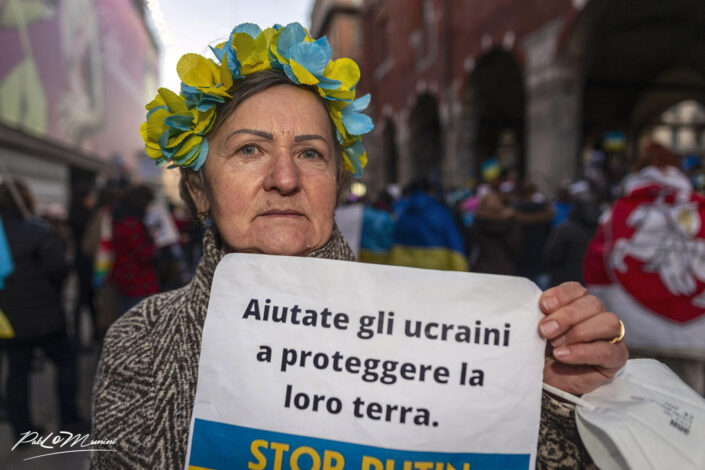 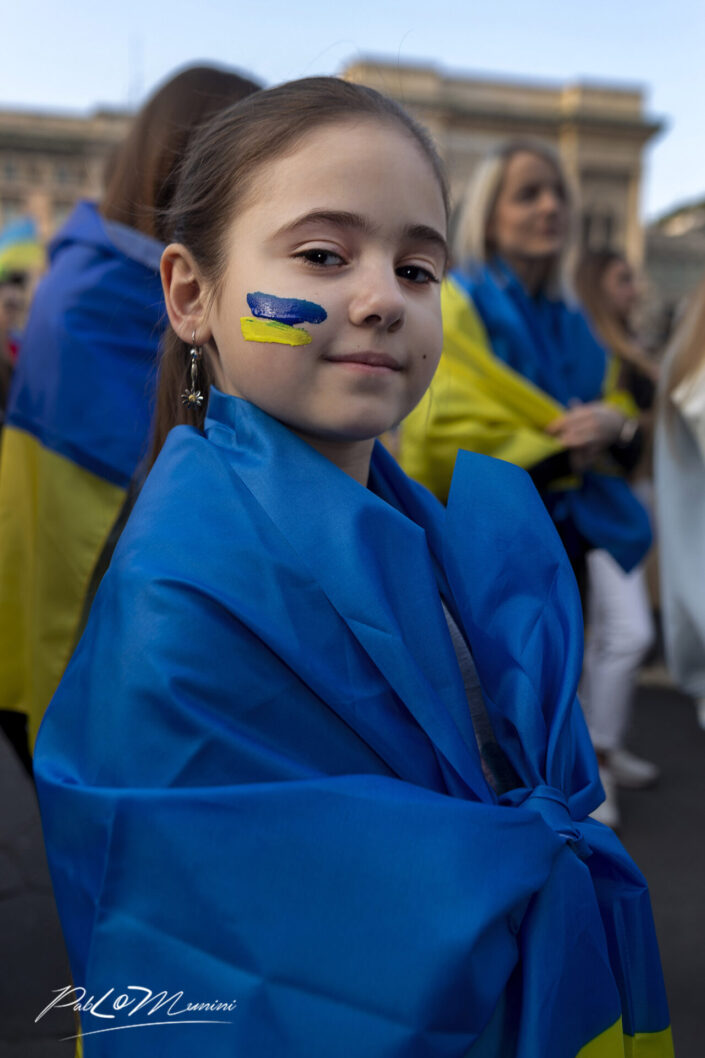 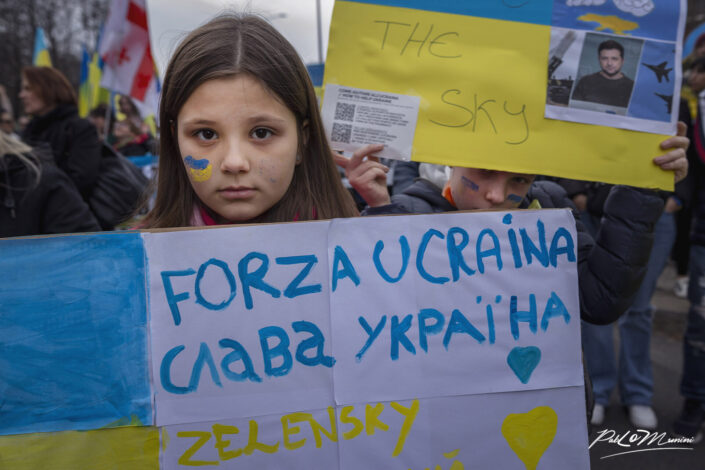 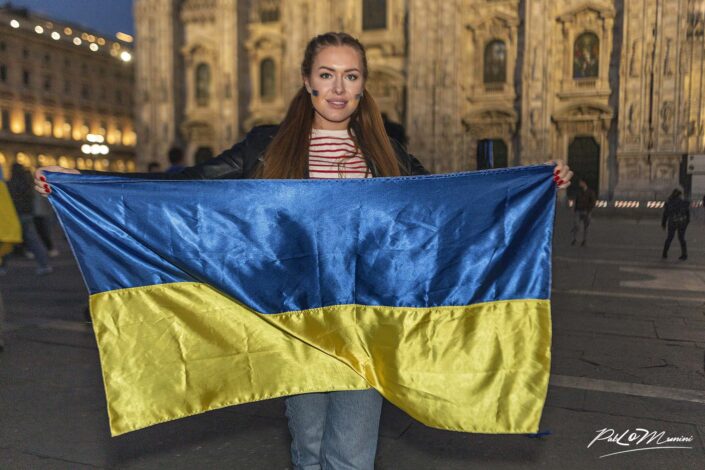 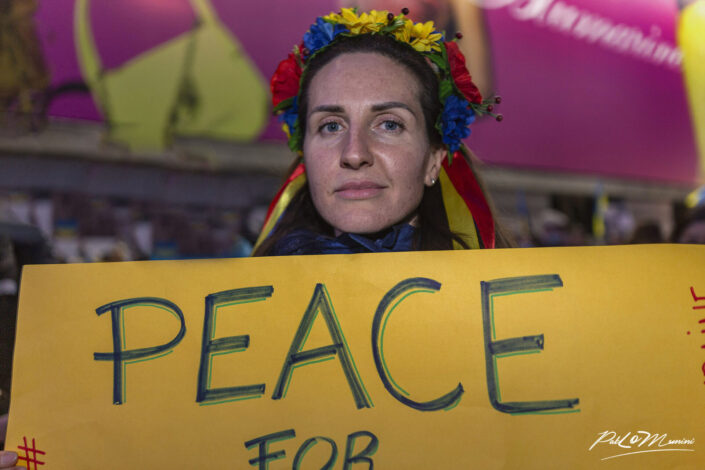 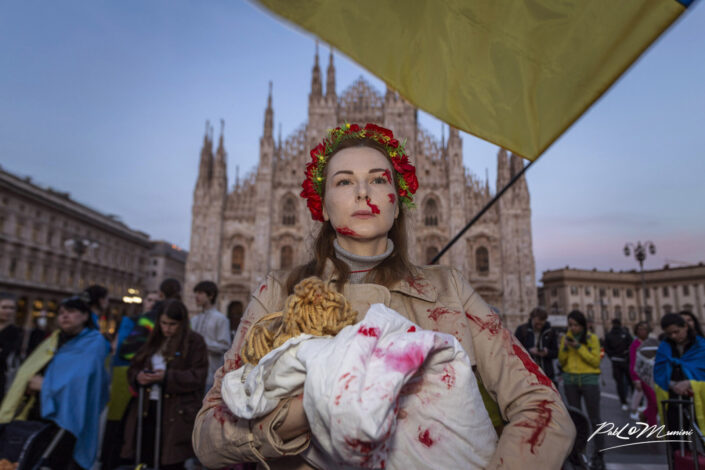 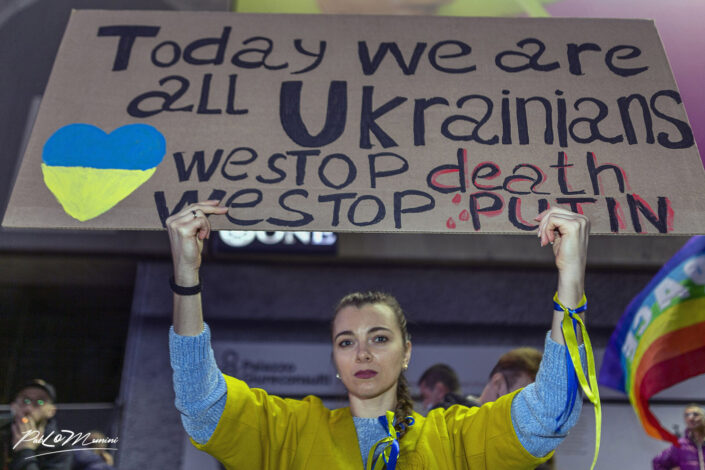 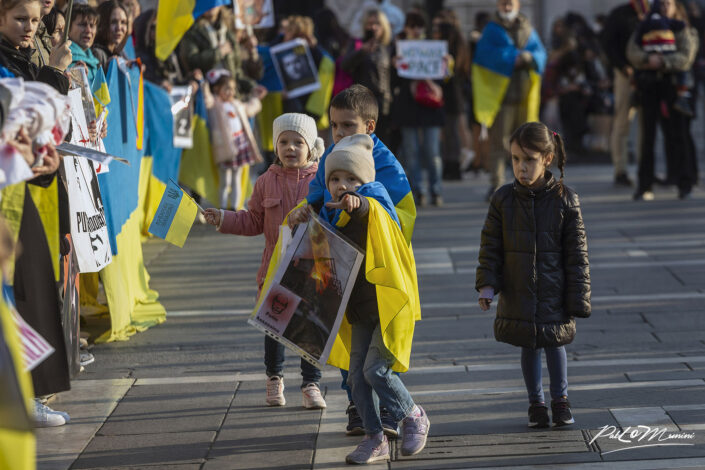 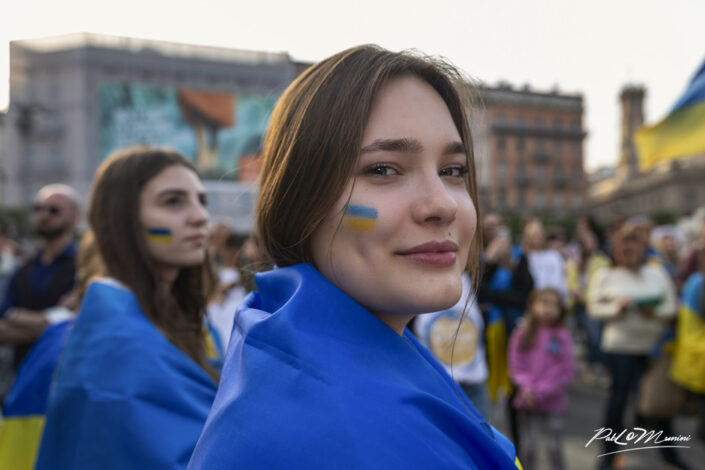 Around 05:00 on 24 February, Putin announced a “special military operation” in eastern Ukraine; minutes later, missiles began to hit locations across Ukraine, including the capital, Kyiv. Two hours later, Russian ground forces entered the country begining a large-scale invasion of Ukraine.
The refugees who have managed to flee their land are currently more than 850,000, according to various sources. The images of the Lviv railway station with thousands of people waiting for trains to Poland have gone viral. But also those of the citizens of Odessa sitting on a lawn with homemade Molotov cocktails, waiting for the invaders, ready to fight to defend their homes, their city, their families.
On the night of Friday 25 February, the one defined by President Zelensky as “the hardest”, the Russian attack on the capital Kiev was repulsed. The president asked his citizens in a video not to lay down their arms and to “defend Kiev”.
The population responded to the appeal with pride and courage, using all sorts of weapons to repel the Russian attack.
A wave of solidarity with the Ukrainian people arose spontaneously and traveled through many cities in the world. Thousands of citizens have taken to the streets in recent days in the most distant corners of the planet to protest against the Russian invasion of Ukraine.
The Ukrainian community in Italy is the largest in Europe with 230,000 people, 80% of whom are women. About twenty thousand Ukrainians live in the metropolitan city of Milan.
With the same courage as those who directly suffer the war in their own skin in their homeland, the ukrainians living in Italy are determined to support the resistance by making their voices heard very loudly in the squares, organizing and promoting fundraisers or even wanting, some of them, to return to their homeland to join their families and fight at the frontline.

The images and videos in this gallery represent a humble gesture of solidarity and an expression of admiration for the integrity and determination of the people of Ukraine. Slava Ukraini !