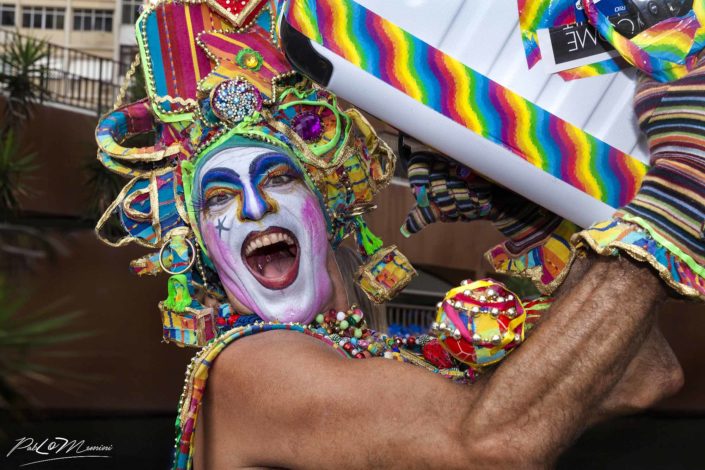 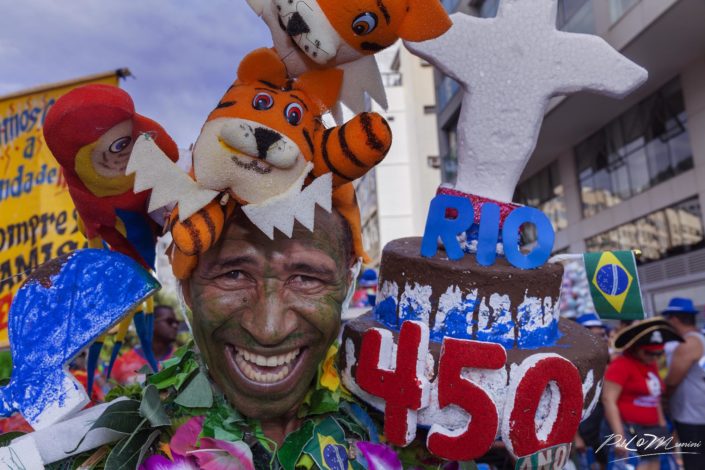 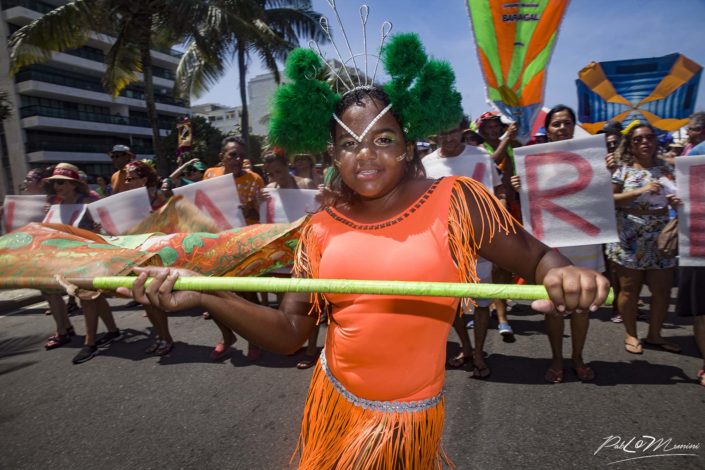 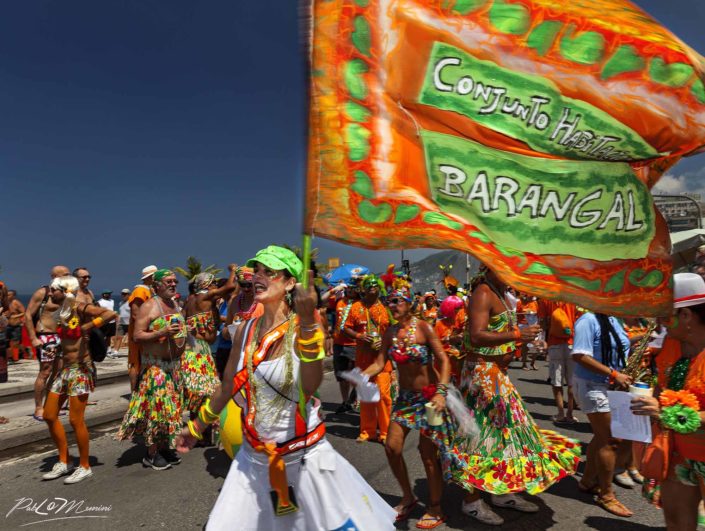 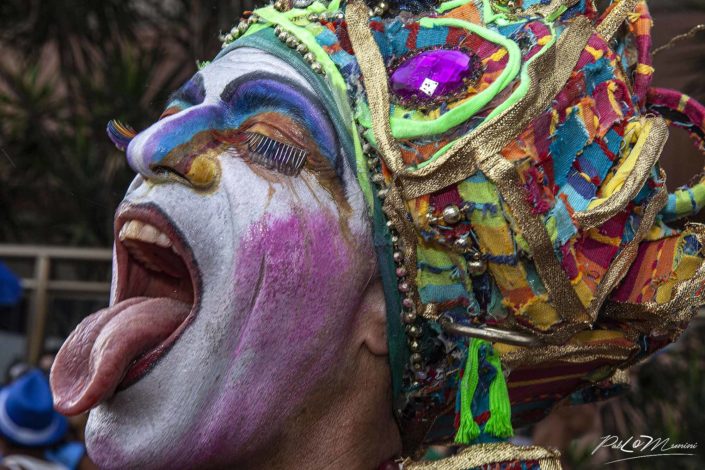 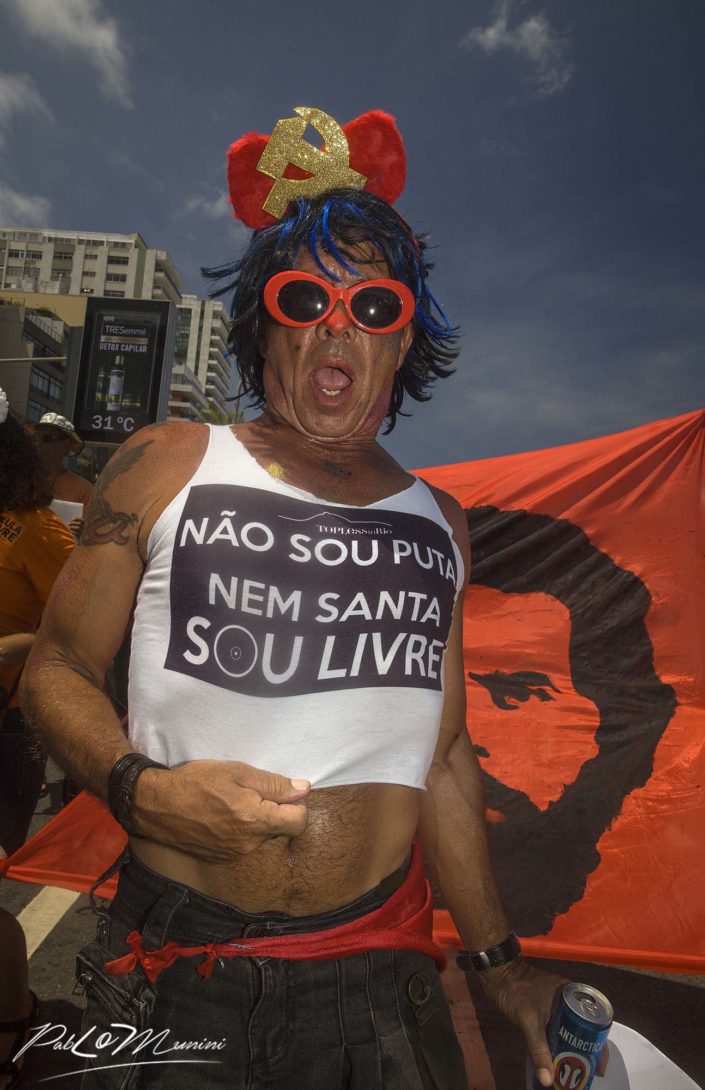 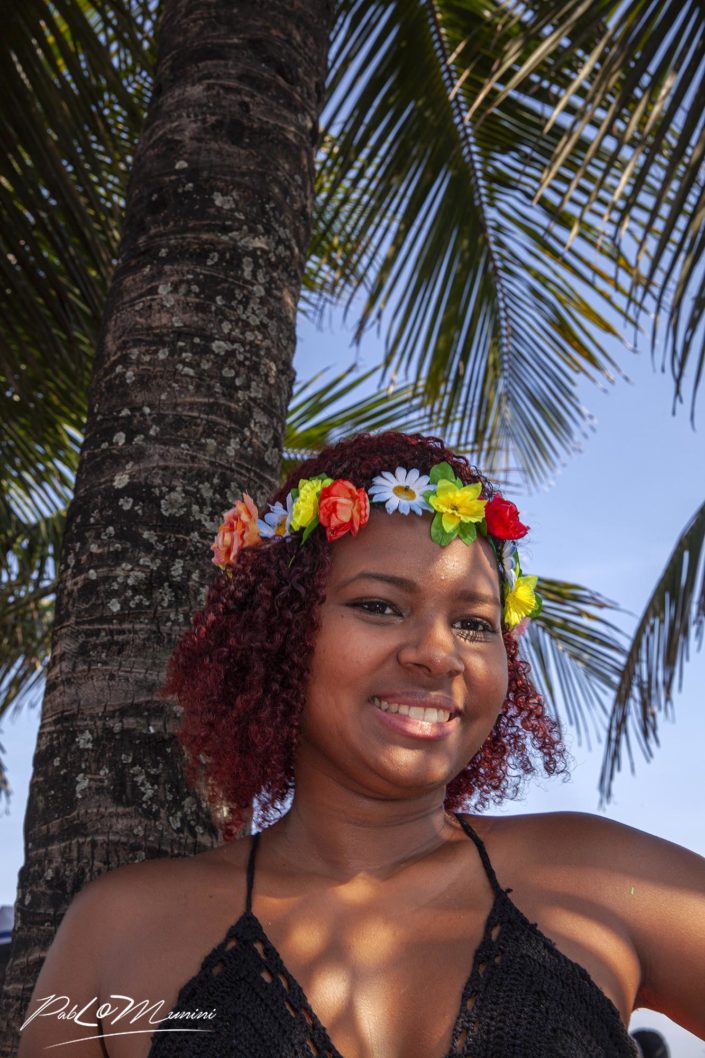 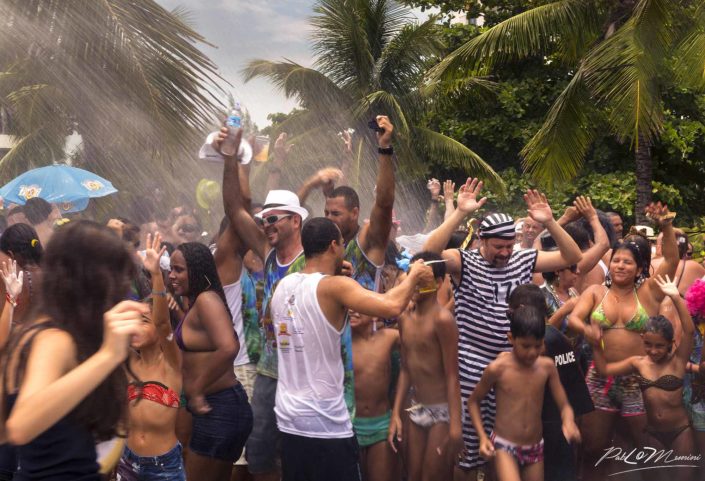 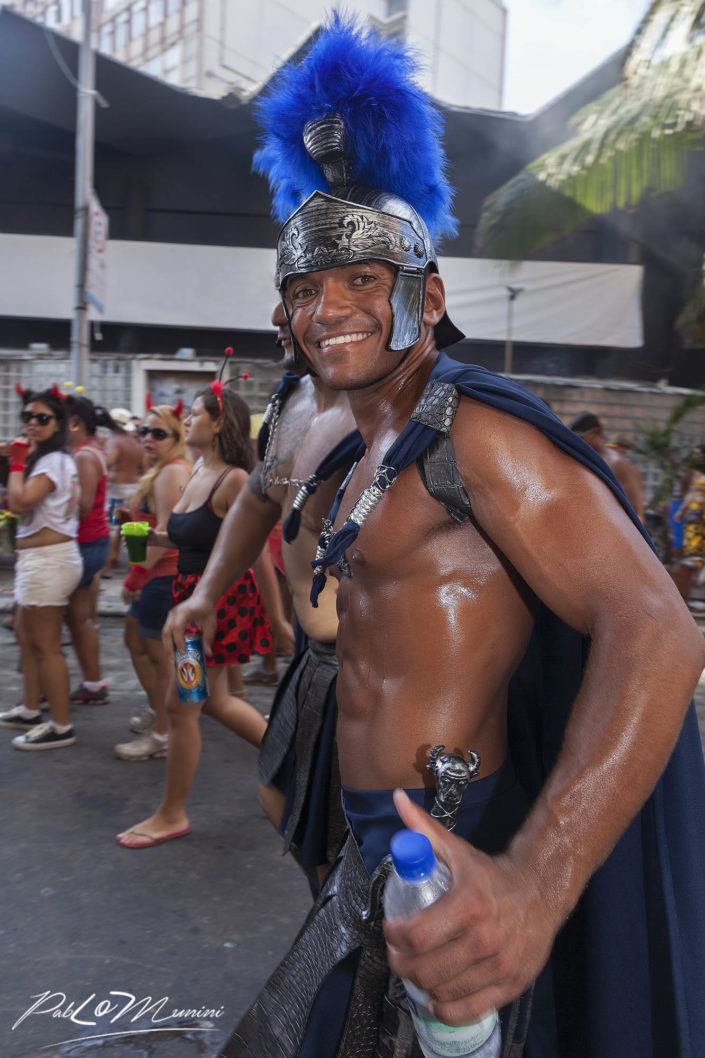 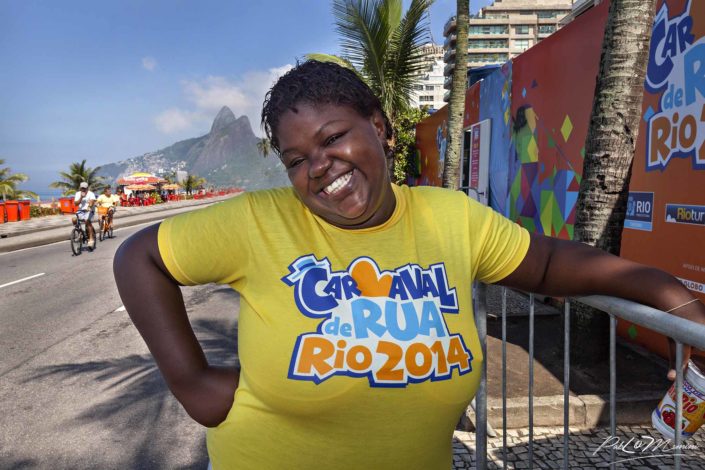 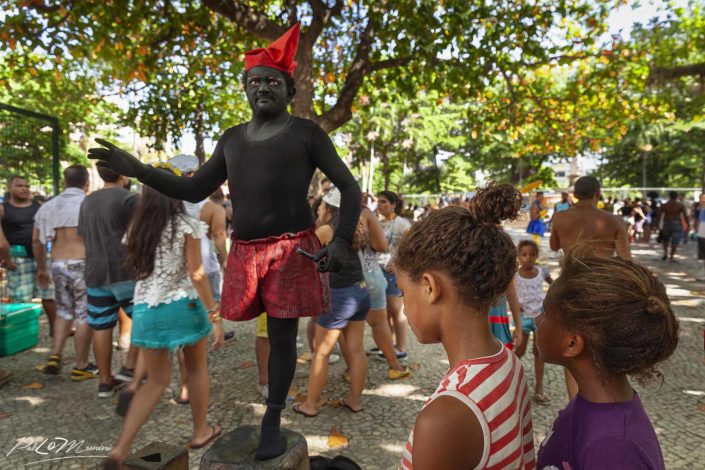 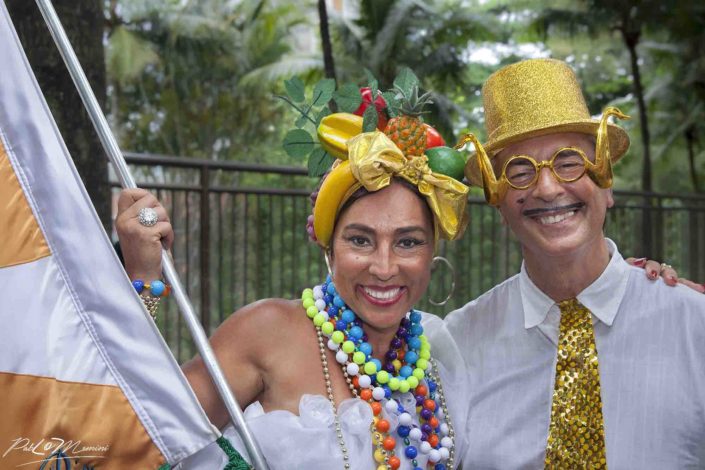 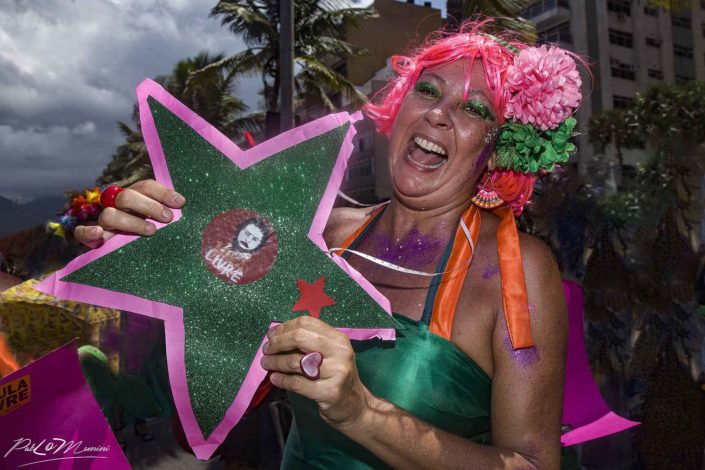 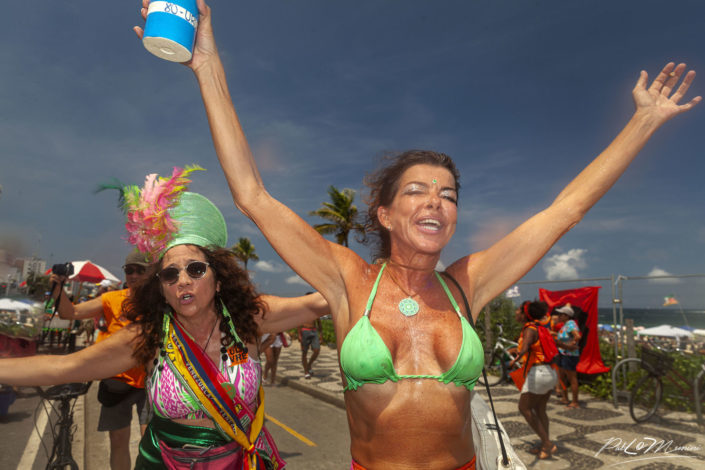 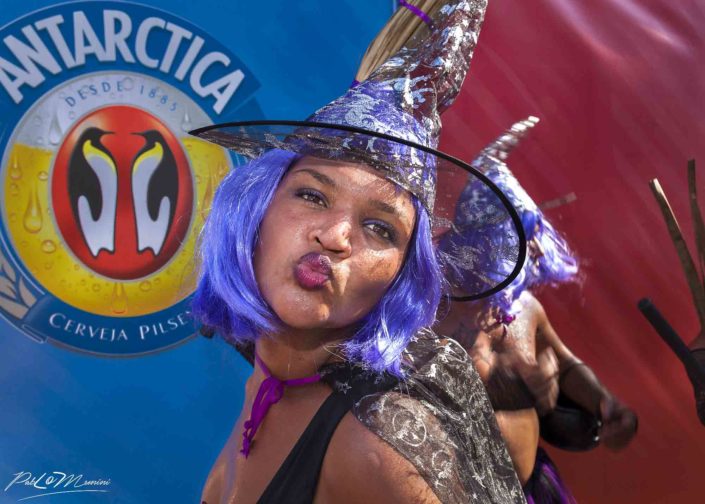 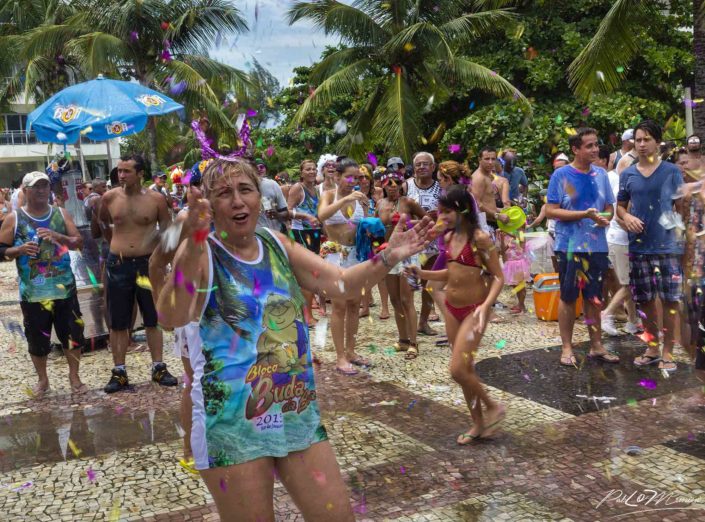 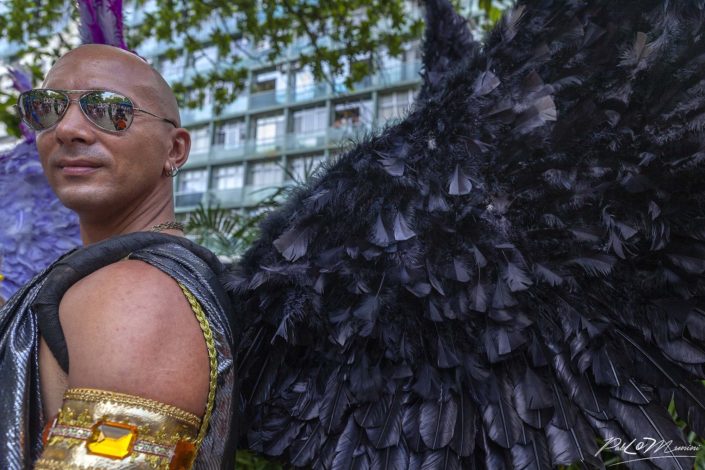 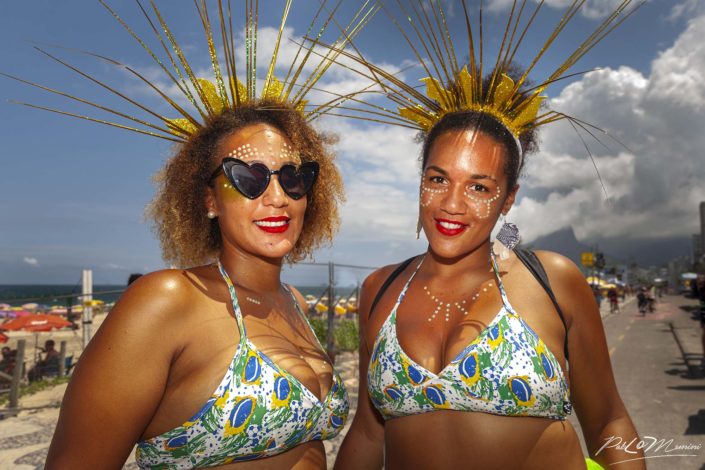 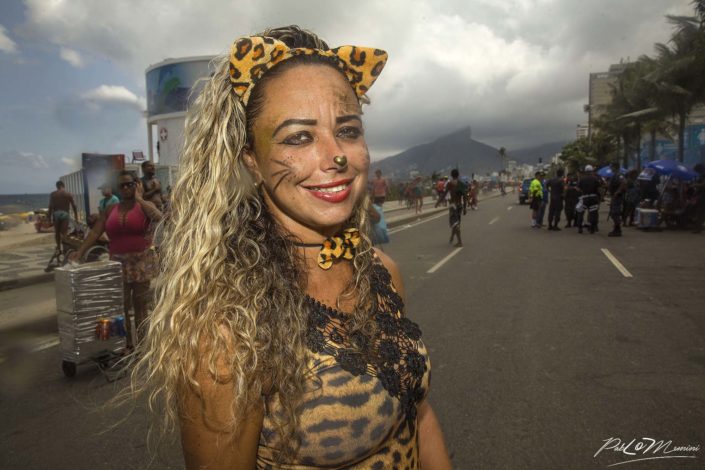 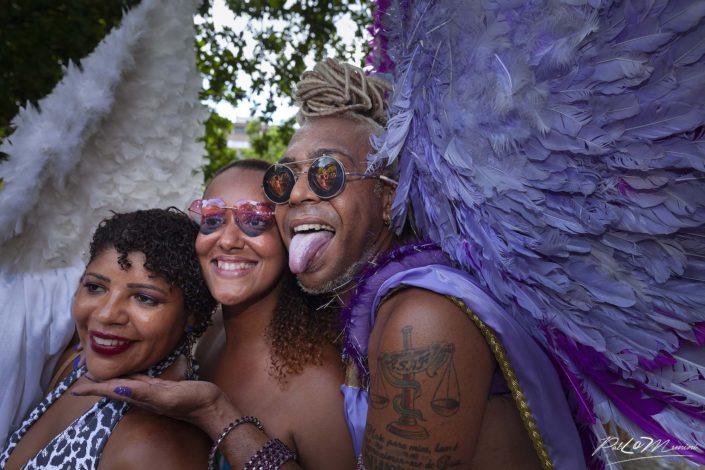 Bloco street parades popping up on corners, joyously dragging me in and sweeping me along down the avenues...

– Portela, when I saw you go by I felt my heart race, my whole body enraptured ,my joy return –

From the hotel in Barra the taxi driver took me to the airport, thanking me for my visit in his most nostalgic Rio-esque way, saying: “O carnaval 2015 foi embora”, “And so it was, Carnaval 2015”.
Here in São Paulo, the atmosphere is much different, no open-air rhythms of the Batuque or samba are to be heard, no bloco street parades are popping up on corners, joyously dragging me in and sweeping me down the avenues. I am already painfully nostalgic for those few but unforgettable days, when the daily routines of Rio were so delightfully invaded by all those happy people, “brincado”, frolicking, in the Carnaval.
The exuberance and infectious rhythm of this marvelous city is the shot of life-affirming joy that sustains my determination to live the rest of the year with vigor and a lust for life … until the next Carnaval .
I hope to relive this experience again and again, for my love of Rio has no end…
São Paulo, March 2015 © Pablo Munini   street carnival Rio Janeiro

In 2014 I arrived in San Pablo on Ash Wednesday, supposing that Carnival would be over in Brazil. A few days later in Rio however, I learned that in the “wonderful city” there are no rigid rules or dates. That was how, walking along the Visconde de Piraja Avenue, I suddenly ended up in front of the flag bearer of the “Barangal bloco”, or the Barangal street party, holding aloft the large orange flag of the group. Behind her, “pulando“ (dancing the samba), were the other members of this self-selected group, formed by friends who frequent Joel’s beach barraca at the Posto 9 in Ipanema.It was my first experience with the “Carnival de Rua” of Rio. And the following year, even though I spent my days in Rio in the middle of Carnival, to my chagrin I wasn’t able to find the Barangal bloco again.In March of 2019, I arrived in Rio on the same day as in 2014, this time knowing that the Carnival in Rio goes beyond Ash Wednesday, and that the parade of the champion samba schools would take place in the “Sambadrome”  that weekend. street carnival Rio JaneiroAt the hotel reception, a list prepared for tourists showed the blocos that I would be able to find in Ipanema, Copacabana, and Botafogo. I perused the list, but did not see Barangal on it. A little dejected, I headed towards the Avenue where the electric street signs displayed a temperature of a sweltering 35C (95F). In spite of the heat, just as in 2014, I started walking towards Arpoador.Everyone there was waiting for the arrival of a bloco, but no one could tell me which one it was when I asked. And so it made me wait, as a beautiful woman might do to an eager date. But finally it appeared. And as in the “samba” of Paulinho de Viola, I felt “my whole body enraptured and my joy returned” when the flag bearer of Barangal appeared again, dressed in white and waving the great flag. Then the faces of the other members of the group, whom I remembered from my photos of them taken in 2014, emerged one by one.“Barangal” is thus chronologically the first and also the last image of this gallery of images of the “Carnaval de Rua”  for the years 2014, 2015 and 2019. Above all, to me Barangal represents a dream fulfilled of returning to Rio to mingle with the members of this bloco, who dance in the Avenue and celebrate the beauty and eternal magic of the “city of wonder”.                      Milan , March 2020 © Pablo Munini street carnival Rio Janeiro

A more informal way to enjoy the Carnaval today in Rio is to join in one or more blocos, or block parties. The rise of block parties is fairly recent in Rio de Janeiro, and in the last decade their numbers have increased to over 400. Now most blocks celebrate their neighborhood pride during Carnaval with their own bloco or banda. A bloco usually includes a percussion band winding through the neighborhood’s streets and around the block, with a crowd of cheerful locals following behind singing, dancing and drinking. Like the famous samba schools that are the foundation of Rio’s Carnaval, a bloco usually has a theme to distinguish it. A banda plays old favorite songs during the parade, with sambas and “marchinhas” to set the beat. These are usually songs that the locals have known by heart since childhood, and so everyone sings along. In addition to a percussion band and one or more singers, both bandas and blocos usually have a “porta bandeira” (flag -bearer), and a “mestre sala” (master of ceremonies) to set the tone.

Pablo Munini Photography on Instagram
© Copyright Pablo Munini
This website uses cookies to improve user experience, functionality and performance. If you continue browsing the site, you consent to the use of cookies on this website. Note that you can change your browser/cookie settings at any time. To learn more about the use of cookies and how to adjust your settings, please read our cookie policy. Accept Ulteriori informazioni
Show more info
Necessary Always Enabled
error: Alert: Content is protected !!